So when Illumicrate announced their special Grisha Edition box to coincide with the release of The Language of Thorns, I told myself I didn’t need it. When there were only a few boxes left, I told myself that if I bought it, I’d end up with three copies of TLOT – the signed edition I’d preordered months ago from Waterstones, and the Fairyloot exclusive edition. The boxes sold out, and I saw everyone else’s unboxings. “Yeah, the items are amazing, but oh well, it’s too late now” I said. That’s when Illumicrate added extra boxes to their store – and of course, I ordered one without hesitation.
END_OF_DOCUMENT_TOKEN_TO_BE_REPLACED

“Bad fates do not always follow those who deserve them.” 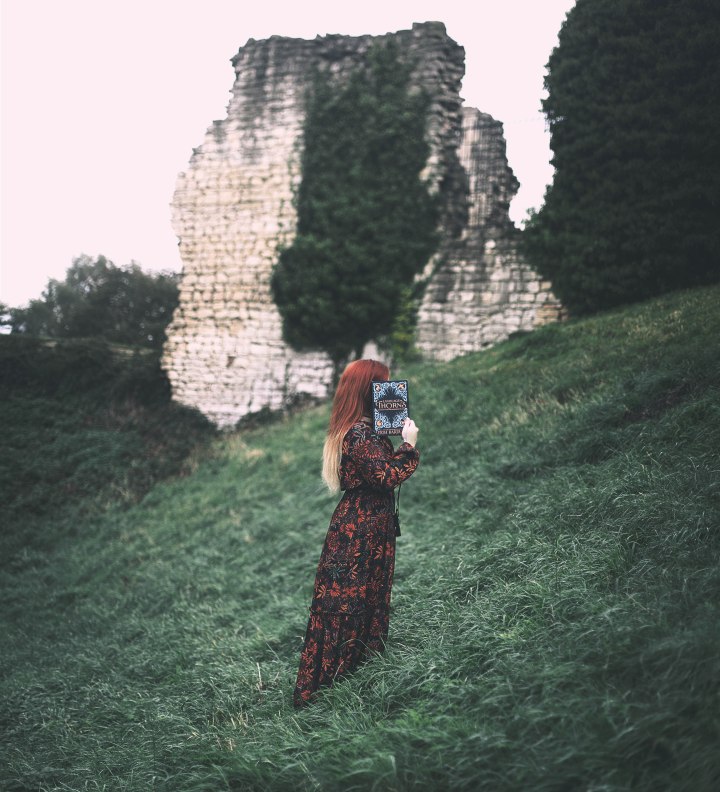 Angharad’s Thoughts
I have never been one for fairytale stories. I spent my childhood years reading both the Goosebumps series (seriously what happened to those books??) and any crime thriller that my mother brought home from the library and because of this, my knowledge of them is shaky. I just know majority of them take place in the woods. However, when I found out that my favourite author was writing a collection of fairytales with the ‘dark’ edge only Leigh Bardugo can create and they take place in the Grishaverse, I preordered the hell out of it. I was not disappointed.

The collection is split into six tales and each is paired with its own beautiful, amazing illustrations – both as page decorations and a final art spread at the end of each story. Despite loving them all, my favourite would have to be a tie between Ayama and the Thorn Wood & When Water Sang Fire and my least favourite was Little Knife. Like Leigh states in her author’s note, these stories are loosely based on the fairytales that we all know but despite their dark tones, they are more realistic – the idea that the prince isn’t always the good guy and what makes a monster a monster? Another theme that I found to be very strong throughout these tales was Leigh’s feminist beliefs. This book was full of so many diverse and complex female characters and female friendships. Classic tales such as The Little Mermaid and The Nutcracker are turned on their heads and reimagined in new and spectacular ways and despite being short stories, they were still full of twists and turns and you never knew who was going to be the hero or villain of the story. What was constant, however, was the message that each story contained. You can just imagine our beloved Grisha characters reading these stories as children and growing up with their messages instilled.

Overall, I think I never fell in love with fairytales because they never seemed real enough – even to my young mind. As we all unfortunately learn, life isn’t a fairytale, the bad guy isn’t always the bad guy and the hero isn’t always what they seem and this little collection that I will cherish for years to come just shows that. These stories cater to the people who look just that bit deeper into these stories and see the darkness that peeks from within. What if the children didn’t wander from the path and find danger but actually find solace? What if the monster was actually the victim and the prince only thought of his greed? What happened to the girls who chose their own destiny over those that were decided for them? All of these questions are answered within the pages of The Language of Thorns and they are all brought to life by Sara Kipin’s illustrations. Truly a full five stars from me.

Becky’s Thoughts
Unlike Angharad, I have always absolutely adored fairytales (although, especially these days, I do tend to root for the villain – even when I know what’s going to happen to them). Leigh states in her author’s note that the six stories in The Language of Thorns are inspired by fairytales that are known around the world, but turned on their heads – and I have to say, I was way more invested in Leigh’s versions of these classic tales.
My favourites were also Amaya and the Thorn Wood – a story which took inspiration from Beauty and the Beast and to an extent, A Thousand and One Nights, it focused on the ideas behind what makes someone a monster; and When Water Sang Fire, an absolutely enchanting story inspired by The Little Mermaid (and also a sort of origin story for one of my favourite villains – and featuring another of my favourite villains, but I won’t say any more on that). I also really liked The Too Clever Fox and The Witch of Duva (a retelling of Hansel and Gretel) which both included clever twists that I definitely didn’t anticipate.

I would say that the underlying theme throughout all six stories is definitely the idea of what makes a villain evil, what makes them monstrous, and it was definitely all about looking beyond outward appearances to the monster hidden beneath the princely face or the seemingly caring father figure. The stories in The Language of Thorns are how fairytales should be written in a feminist world that understands that happy endings aren’t all that they seem, that the hero of the story isn’t always beautiful, and that those who are called monstrous are often not the ones you need to fear. I absolutely adored this anthology of fairytales set in one of my favourite fictional worlds, and honestly would opt to read these to my future children over the classics that they’re based around. 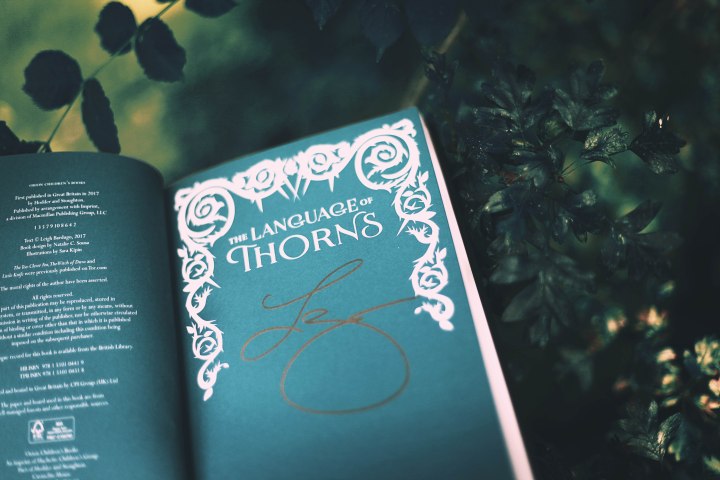 What did you think of this collection?
Let us know in the comments!
Love,