Lei, the naive country girl who became a royal courtesan, is now known as the Moonchosen, the commoner who managed to do what no one else could. But slaying the cruel Demon King wasn’t the end of the plan—it’s just the beginning. Now Lei and her warrior love Wren must travel the kingdom to gain support from the far-flung rebel clans. The journey is made even more treacherous thanks to a heavy bounty on Lei’s head, as well as insidious doubts that threaten to tear Lei and Wren apart from within.

Meanwhile, an evil plot to eliminate the rebel uprising is taking shape, fueled by dark magic and vengeance. Will Lei succeed in her quest to overthrow the monarchy and protect her love for Wren, or will she fall victim to the sinister magic that seeks to destroy her?

END_OF_DOCUMENT_TOKEN_TO_BE_REPLACED

Seventeen-year-old Aderyn (“Ryn”) only cares about two things: her family, and her family’s graveyard. And right now, both are in dire straits. Since the death of their parents, Ryn and her siblings have been scraping together a meager existence as gravediggers in the remote village of Colbren, which sits at the foot of a harsh and deadly mountain range that was once home to the fae. The problem with being a gravedigger in Colbren, though, is that the dead don’t always stay dead.

The risen corpses are known as “bone houses,” and legend says that they’re the result of a decades-old curse. When Ellis, an apprentice mapmaker with a mysterious past, arrives in town, the bone houses attack with new ferocity. What is it that draws them near? And more importantly, how can they be stopped for good?

Together, Ellis and Ryn embark on a journey that will take them deep into the heart of the mountains, where they will have to face both the curse and the long-hidden truths about themselves.

END_OF_DOCUMENT_TOKEN_TO_BE_REPLACED 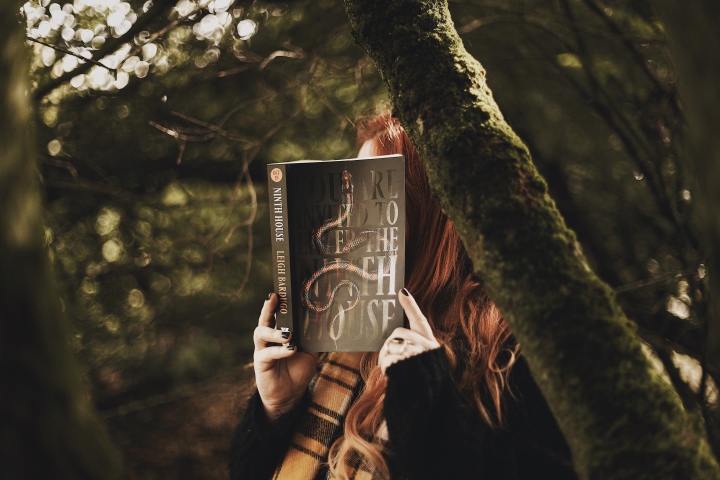 It looks like you’ve found your way to an older version of this post. To read my full review of Ninth House on my new blog, click here!

Huge thanks to Gollancz for sending me a review copy of Ninth House!

Galaxy “Alex” Stern is the most unlikely member of Yale’s freshman class. Raised in the Los Angeles hinterlands by a hippie mom, Alex dropped out of school early and into a world of shady drug dealer boyfriends, dead-end jobs, and much, much worse. By age twenty, in fact, she is the sole survivor of a horrific, unsolved multiple homicide. Some might say she’s thrown her life away. But at her hospital bed, Alex is offered a second chance: to attend one of the world’s most elite universities on a full ride. What’s the catch, and why her?

Still searching for answers to this herself, Alex arrives in New Haven tasked by her mysterious benefactors with monitoring the activities of Yale’s secret societies. These eight windowless “tombs” are well-known to be haunts of the future rich and powerful, from high-ranking politicos to Wall Street and Hollywood’s biggest players. But their occult activities are revealed to be more sinister and more extraordinary than any paranoid imagination might conceive.

Hi guys!
Can anyone else not quite believe it’s September already?!

I had a great reading month in August making my way through ARCs. Although my original TBR went right out the window, I did beat my goal for the month and found some books I loved!

Here’s what I read last month:

END_OF_DOCUMENT_TOKEN_TO_BE_REPLACED

So I’m not always the best at readathons, however last year I really loved ARC August for a few reasons. With it being right after YALC, I had a few ARCs I wanted to get read. Last year I also had a week on holiday where I got a lot of reading done – I don’t have that this year but I’m hoping a readathon will help pull me out of the slump I’ve been dipping in and out of.

This year, my TBR will mostly be ARCs I picked up at YALC again, and I’m expecting a couple more ARCs to be sent to me over the month so they’ll be added to the TBR. My aim is to read at least six ARCs this month – last year, I managed ten, but I was reading at least one a day on holiday.

Here’s what I’m hoping to read!

END_OF_DOCUMENT_TOKEN_TO_BE_REPLACED

It looks like you’ve found your way to an older version of this review! To read my review of Perfectly Preventable Deaths on my new blog, click here.

Everyone in Ballyfran has a secret, and that is what binds them together…

Fifteen-year-old twins Madeline and Catlin move to a new life in Ballyfran, a strange isolated town, a place where, for the last sixty years, teenage girls have gone missing in the surrounding mountains.

As distance grows between the twins – as Catlin falls in love, and Madeline begins to understand her own nascent witchcraft – Madeline discovers that Ballyfrann is a place full of predators. Not only foxes, owls and crows, but also supernatural beings who for many generations have congregated here to escape persecution. When Catlin falls into the gravest danger of all, Madeline must ask herself who she really is, and who she wants to be – or rather, who she might have to become to save her sister.

Dark and otherworldly, this is an enthralling story about the bond between sisters and the sacrifices we make for those we care about the most.

Huge thanks to Tina at Hot Key for sending me an ARC to read and review! 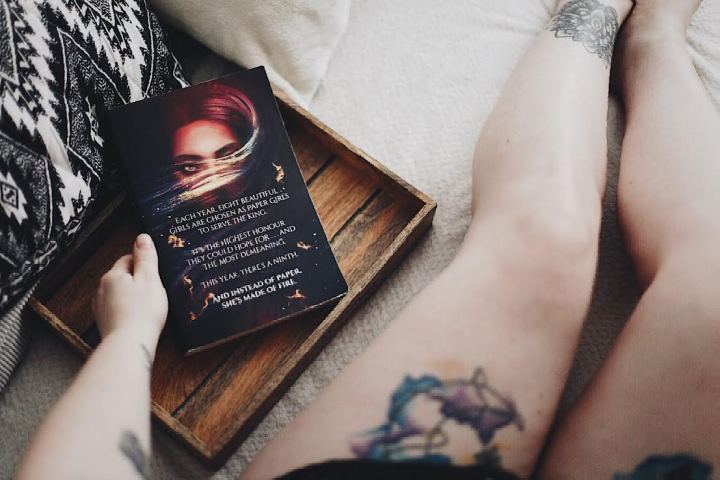 Each year, eight beautiful girls are chosen as Paper Girls to serve the king. It’s the highest honor they could hope for…and the most cruel.

But this year, there’s a ninth girl. And instead of paper, she’s made of fire.

In this lush fantasy, Lei is a member of the Paper caste, the lowest and most oppressed class in Ikhara. She lives in a remote village with her father, where the decade-old trauma of watching her mother snatched by royal guards still haunts her. Now, the guards are back, and this time it’s Lei they’re after–the girl whose golden eyes have piqued the king’s interest.

Over weeks of training in the opulent but stifling palace, Lei and eight other girls learn the skills and charm that befit being a king’s consort. But Lei isn’t content to watch her fate consume her. Instead, she does the unthinkable–she falls in love. Her forbidden romance becomes enmeshed with an explosive plot that threatens the very foundation of Ikhara, and Lei, still the wide-eyed country girl at heart, must decide just how far she’s willing to go for justice and revenge.

Girls of Paper and Fire was one of my most highly anticipated releases of this year, so I was over the moon when I managed to snag an ARC of it at YALC. I’m happy to say that it did not disappoint and has quickly become a favourite of mine!

Girls is an Asian inspired fantasy that follows Lei, a human girl who lives in a world controlled by the Moon caste (anthropomorthised animals). Steel (humans with animal features) are also above Paper (human) castes, the lowest of all. Every year, eight Paper girls are chosen to serve as concubines to the Moon Caste king. This year, however, rumours of Lei’s golden eyes – never seen in a Paper caste before – have reached the King, and she is taken away from her family to be the ninth girl. What follows is a story of intrigue, justice and forbidden love.
END_OF_DOCUMENT_TOKEN_TO_BE_REPLACED

So I thought I’d do a quick post about what I read for ARC August. My goal was to read 5 ARCs, but thanks to YALC, some lovely packages off publishers, and my holiday in Lanzarote, I ended up reading 10!

Here’s what I read:

END_OF_DOCUMENT_TOKEN_TO_BE_REPLACED

Just a quick post today but we have lots of posts planned for the next few weeks (including a YALC wrap up which I’m really excited to put together!)

So, ARC August coincides really well with YALC for me as I have a nice pile of ARCs to get through from it, so I decided to take part this year. I also have a couple that have been sent to me from publishers recently so I’ve included those too.

The ARCs I’m planning on reading this month are:

A Flicker in the Clarity by Amy McNamara (Harper 360)

Kingdom of the Blazing Phoenix by Julie C. Dao (YALC)

Assuming I get through these five I’ll also try and read The Girl King by Mimi Yu, which I also picked up at YALC. I’m not in a huge rush to read this though since it’s not out till 2019!

Are you taking part in ARC August?
love Becky,