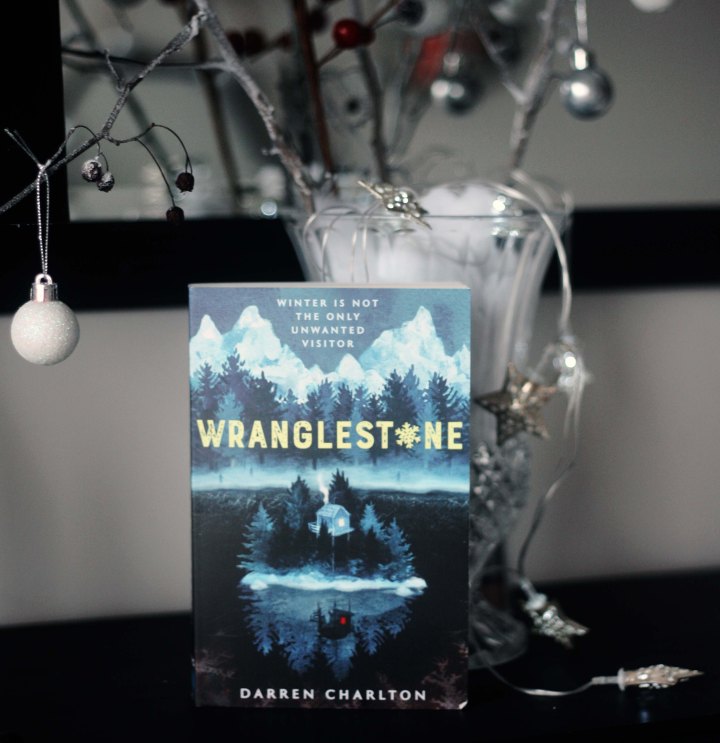 In a post-apocalyptic America, a community survives in a national park, surrounded by water that keeps the Dead at bay. But when winter comes, there’s nothing to stop them from crossing the ice.
Then homebody Peter puts the camp in danger by naively allowing a stranger to come ashore and he’s forced to leave the community of Wranglestone. Now he must help rancher Cooper, the boy he’s always watched from afar, herd the Dead from their shores before the lake freezes over.
But as love blossoms, a dark discovery reveals the sanctuary’s secret past. One that forces the pair to question everything they’ve ever known.

Thank you to Stripes Publishing for sending me a copy of this book in exchange for an honest review.

We follow the story of Wranglestone resident Peter who despite living in the park all his life, he struggles to ensure confidence amongst the other residents. He feels more comfortable sewing and making clothes than hunting the Dead that wait on the shores. In comparison, his love interest in the form of Cooper is the most talented Wrangler and knows the ways of the woods. We also have secondary characters on the park such as Peter and Cooper’s fathers, Tom & Bud, Darlene who is high up in command and Henry, an ex-doctor who runs the park. Although the story was very much Peter and Cooper’s, I still enjoyed meeting these secondary characters and my only criticism is that I would have liked to have learnt even more about them – especially before the apocalypse. There is also a character introduced towards the end of the book that I love a lot but won’t mention due to spoilers. I will say his name is Rider.

As the synopsis mentions, the story begins when Peter accidentally allows a stranger to come ashore and it sets a series of events into motion as well as the looming threat of ice forming on the lake. As well as our main plot, we also see the blossoming romance between Peter and Cooper which I loved a lot. It was wholesome as heck and I love how it was both supported and seen as inevitable by the rest of the park’s residents. I did at first worry the romance happened too quickly but the way it progressed alongside the plot really made it form beautifully. As for the twists and turns, this book’s plot went in a direction I did not expect and I really love how the ‘zombie’ trope is played on but expanded in a way that challenges our idea of monsters. Because of this, I would definitely recommend going into this book as blindly as possible. Once again, my only criticism would be that the last 50 or so pages went quite quickly and a lot happened at once.

This book definitely surprised me. What drew me was the concept of a m/m romance taking place during a zombie apocalypse but what I got was so much more. There were some moments of the book that truly shocked me and made me feel uneasy, there were moments that made me tear up and there were moments that made me stop and think. Whether you’re looking for a book with a beautiful romance or a book that brings a fresh and interesting take on the zombie trope, then I’d definitely recommend this one.

This book will be released on February 6th, 2020
Add it to your Goodread’s TBRs now!