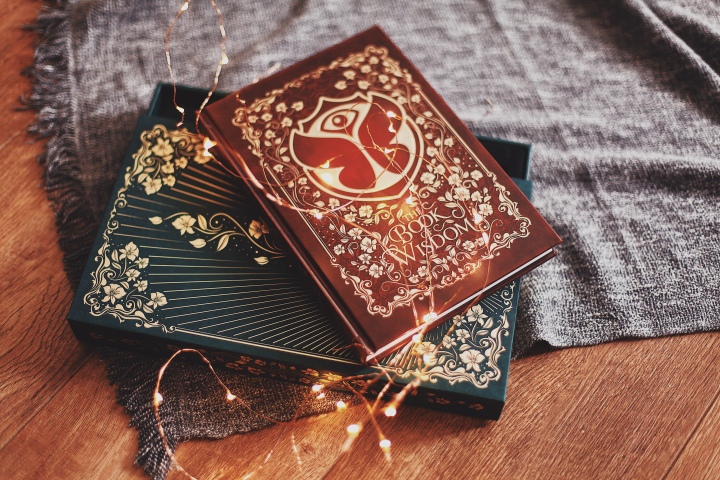 Hi guys!
I’ve got a bit of a different style of review for you all today…

Is anyone else a collector? Whether it be of different editions of the same book, every copy of a certain authors works, or bookish merch for a certain fandom, I’m definitely guilty of it. A few weeks ago, Lauren and I decided we just had to finish our almost complete Sarah Maria Griffin collections – and for us, this meant hunting down the Book of Wisdom she recently wrote for Belgian music festival Tomorrowland. These were sent out to attendees with their wristband tickets, but after a late night eBay trawl, we managed to find someone selling two of the English copies. They arrived the week before last in their gorgeous special edition boxes. So, here’s my unboxing/mini review!

(ps. this post is basically a tonne of photos of a gorgeous book) 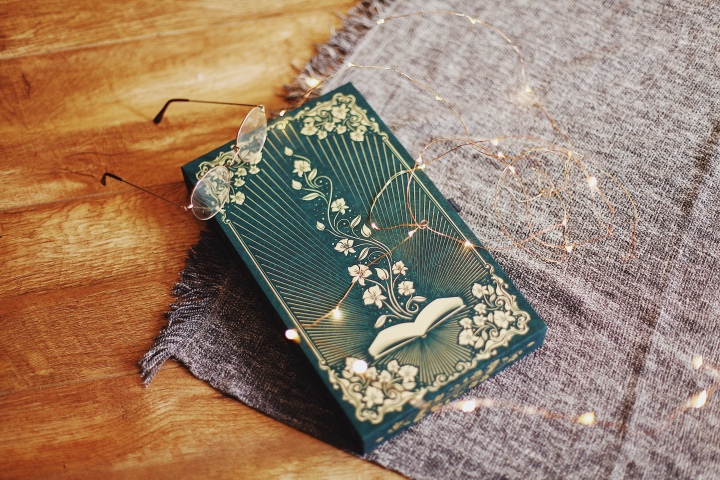 The Book of Wisdom follows Irish Tana and San Francisco based Jean, both feeling at a loss with where they are in life, when they come across mysterious objects (later known as heralds) that bring them together into a mythical library where they’re tasked with new jobs.

As the Book of Wisdom was written for Tomorrowland’s fifteenth anniversary, it is based around the festival’s origin story and lore. However, it was still easily readable without any previous knowledge of Tomorrowland itself (my knowledge on Belgian dance festivals obviously isn’t very up to date). 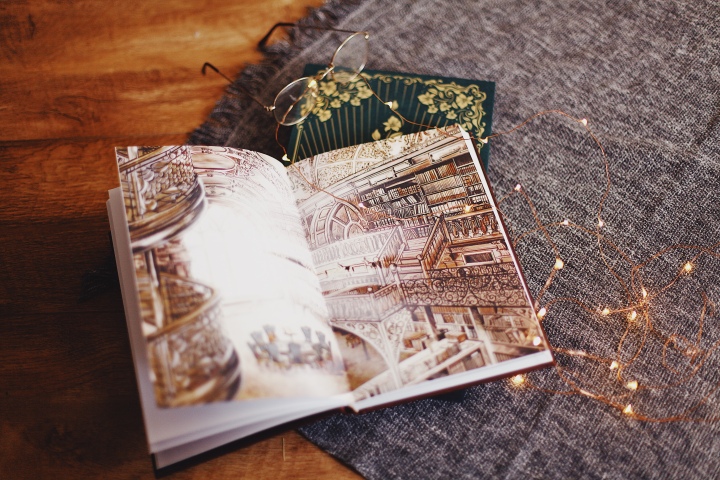 I loved how, despite the fact that the basic concepts behind the book had already been created, this was still clearly Sarah’s writing to a fan of her work – everything from the voice itself to the inclusion of certain imagery (the ladybirds, for example) made it still seem very much like hers!

Not only did the books arrive in the most beautiful cases, they’re also full of hidden little inserts relating to the story, as well as illustrations. I found maps, notes from characters to other characters, fold out pages, and there’s even a hidden tarot style card if you peel back the inside of the front cover. 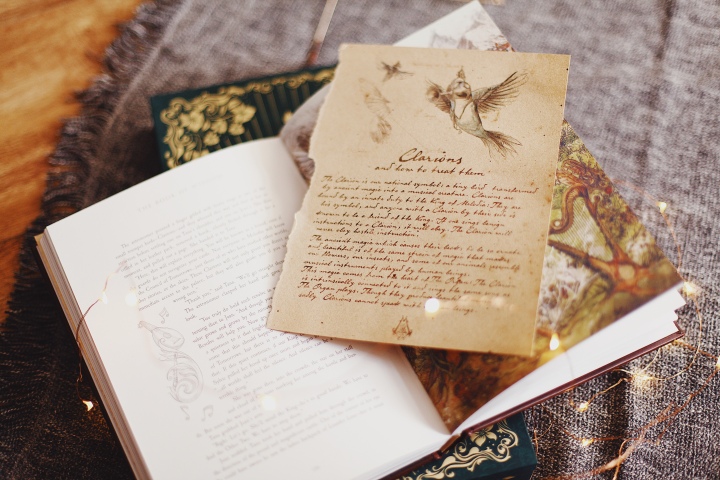 I honestly can’t get over the effort that’s been put into this book, and that it was made for a festival just makes that effort seem even more special! It’s now taking pride of place on my bookshelf (where it fits, since its display case is as long as my forearm!) 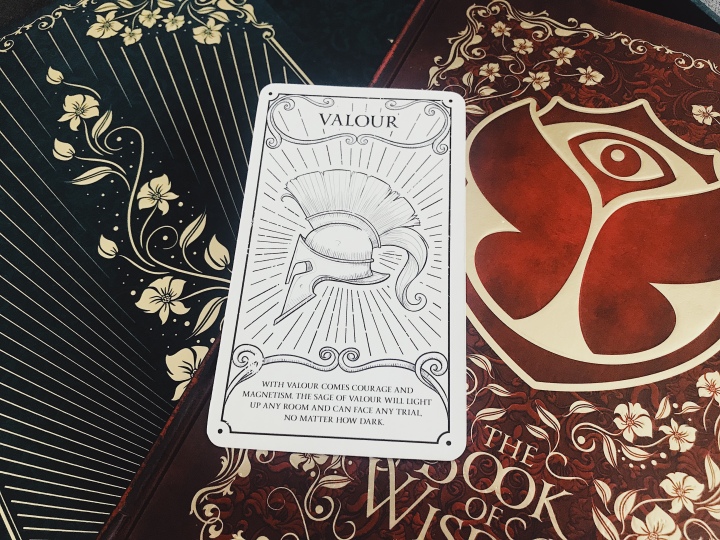 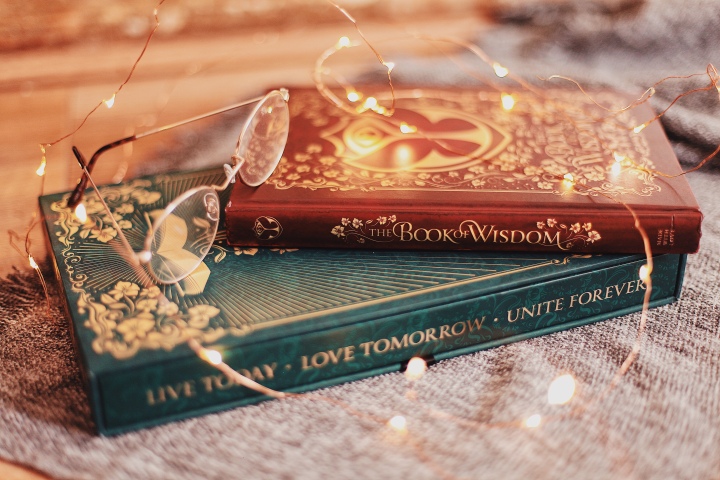 I’m so glad Lauren and I managed to snag copies of this; I’ll definitely treasure mine!

8 thoughts on “Review & Unboxing / Tomorrowland: The Book of Wisdom by Sarah Maria Griffin”