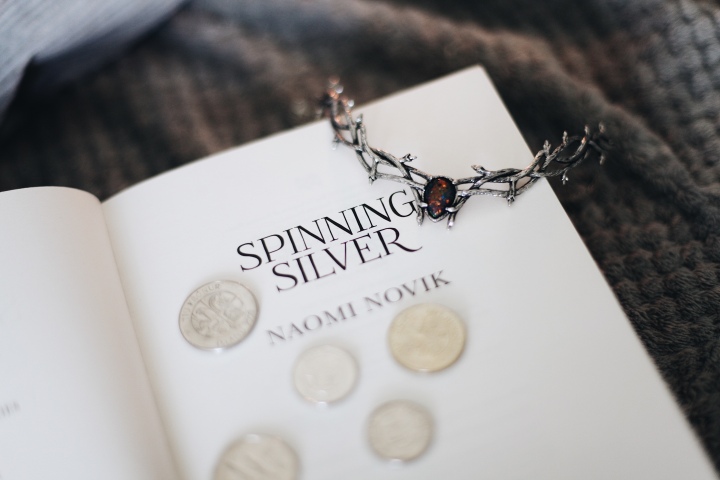 (this review is spoiler-free!)

After reading (and loving) Naomi Novik’s Uprooted, I absolutely couldn’t wait to read Spinning Silver. I was lucky enough to be sent a review copy from the publishers, and couldn’t put this beautiful fairytale of a book down. Spinning Silver is a loose retelling of Rumpelstiltskin in an Eastern European inspired setting; it’s the story of three girls – a Jewish moneylender who’s infamous for turning silver into gold, a duchess with a cold magic in her past, and a farmer’s daughter desperately protecting her younger brothers from their abusive father. It’s a story of long winters, debts owed, monstrous humans, and monsters who may be more human than they seem. 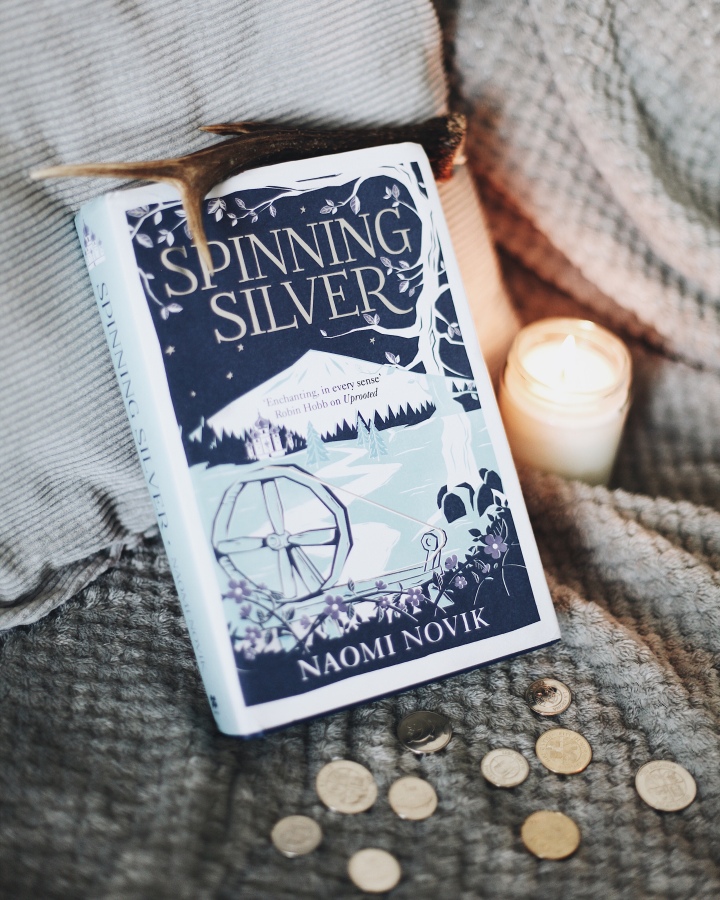 Miryem is certainly the definition of a strong female lead – from a young age she picks up her father’s moneylending work after he grew too soft on those who owed him, and hardens her heart towards those who forced her family into poverty. Her town lives in fear of the Staryk – the icy creatures who bring winter each year, lay claim to all things white in the forest, and who have an obsession with gold in their silver tinged world. When Miryem’s growing riches and seeming ability to turn silver into gold catch the attention of the Staryk king, who bargains with her to turn his silver to gold – with her becoming his Queen as her reward – she has to use all of her bargaining skills to survive in the land of winter. Although this book is loosely based on the story of Rumpelstiltskin (an inspiration which appears throughout the book – Miryem’s ability, the three rooms filled with silver for her to turn to gold, Miryem asking the king three questions each night, and the power of names within the book) Miryem and the Staryk Kings relationship is definitely reminiscent of Hades and Persephone, or of Koschei and his brides. The Staryk King is portrayed as a villain but in reality has so much more depth to him than this, and I’d definitely love to read more about his character.

Wanda’s father borrowed a sum of money from Miryem’s that he can never hope to pay back, so when Miryem comes collecting, she takes Wanda instead as payment. Although this may make Miryem seem cold hearted, she’s in fact rescuing Wanda from her drunken, abusive father. Wanda soon learns to help Miryem with her collections and becomes integral to her families life.

Irina is the daughter of the duke  who is determined to marry her to the tsar. However, Irina soon learns that the tsar has demons to face, and has to devise a plan to save the country from him. Her mother’s Staryk ancestry proves to be helpful not only in evading him but in bargaining to keep his demons satisfied. 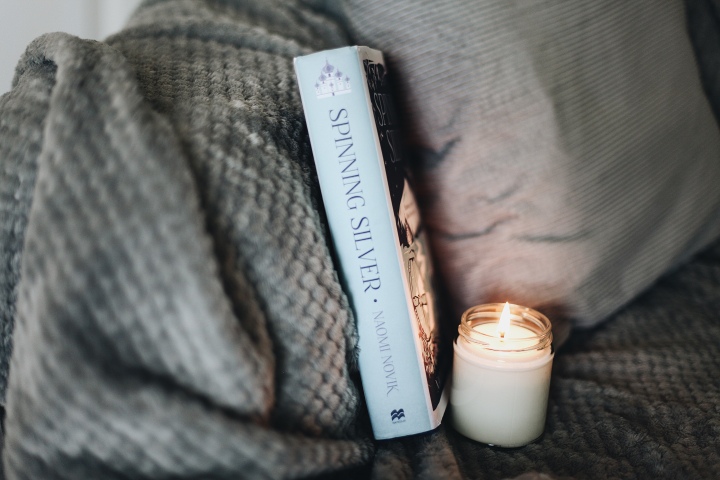 The three girls stories naturally meet, sometimes more than once throughout the book, in a fairytale where demons from mythology need to be stopped and the winters grow longer each year. It’s an incredibly well fleshed out fantasy with such a built up world that I really felt as though I was standing in a snowy Staryk forest (even in the middle of the heatwave that the UK is currently going through). Despite the world being completely fictional, Miryem often brings up aspects of her Jewish faith and of the way her people are ostracised in her country. Naomi Novik commented that Spinning Silver encompasses her fathers (a Lithuanian Jews) story, and the attacks and displacement they faced during WWII. Often I find that the blending of fantasy and real world history can clash, but this was seamless and beautifully written. 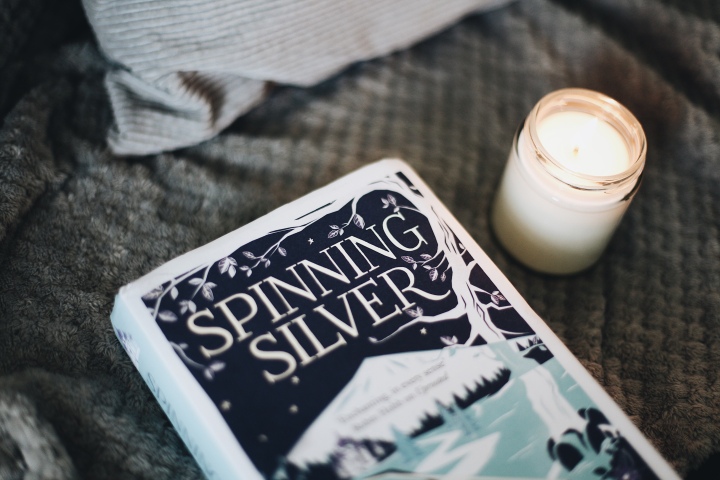 Spinning Silver definitely encompasses all the aspects of a traditional fairytale, mixing in culture and mythology from the authors ancestry, and yet still manages to be a completely unique story in itself. It has the feel of a time decades ago but with three determined, modern heroines at its forefront. I’d highly recommend it to all fantasy lovers!

Spinning Silver is out now in the UK and US.