So at the start of April, our first ever joint travel expedition took place and we settled on Austria. I put the idea out there when I saw the most beautiful photo of Fortress Hohensalzburg on Google (perhaps the most well-known feature of Salzburg.) Becky agreed that we definitely needed to visit. We spent two days in Salzburg and then travelled via train to Vienna, where we spent three days. We didn’t know how we were going to present all the photos we both took but we finally decided on splitting them between the two cities. So, in this first post, we hope you enjoy Salzburg through our eyes and we both agree when we say we would definitely recommend this city – it really is as beautiful as it looks. 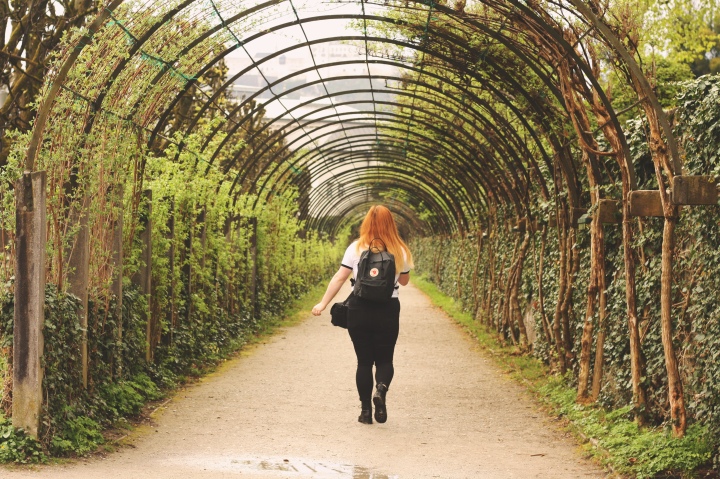 (All the above photos were taken at Mirabell Palace. It is home to the famous (not to us though, we found out a few days after) step dancing scene in The Sound of Music. It is full of flowers and water features and despite a lot of tourists, it still remains such a beautiful and tranquil place.)

(Austria is full to the brim with horses and their tour-guide owners that are used to transport tourists around the city. Both Becky and I felt a bit uncomfortable with this, especially as the horses were stood out in the heat for hours. The tour-guides will also approach you in the street to get you to buy the service but we politely refused.) 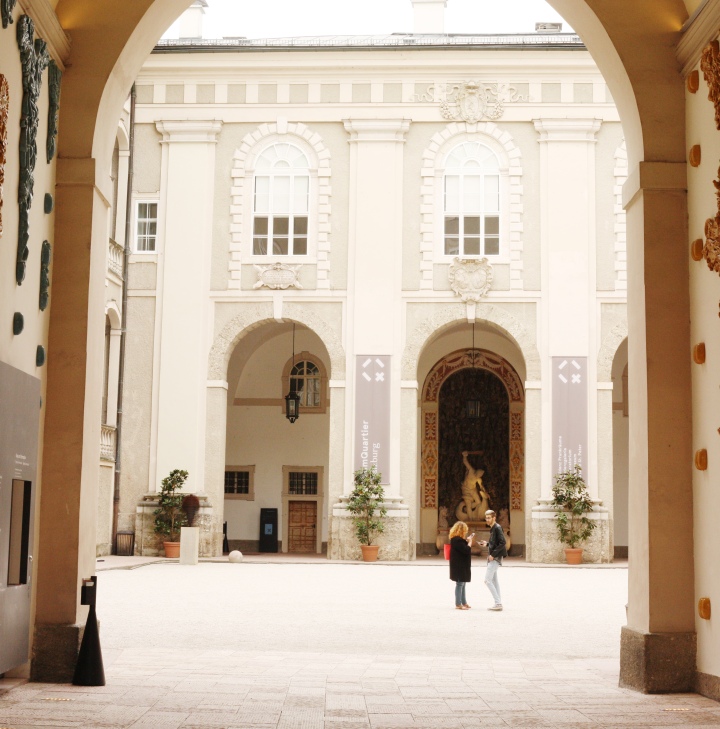 (This is the DomQuartier Salzburg and although we didn’t go into the building itself (we were yet to get our Salzburg Card), we still hung around outside and appreciated the beautiful architecture. If you are interested, they offer art and cultural guided tours!) 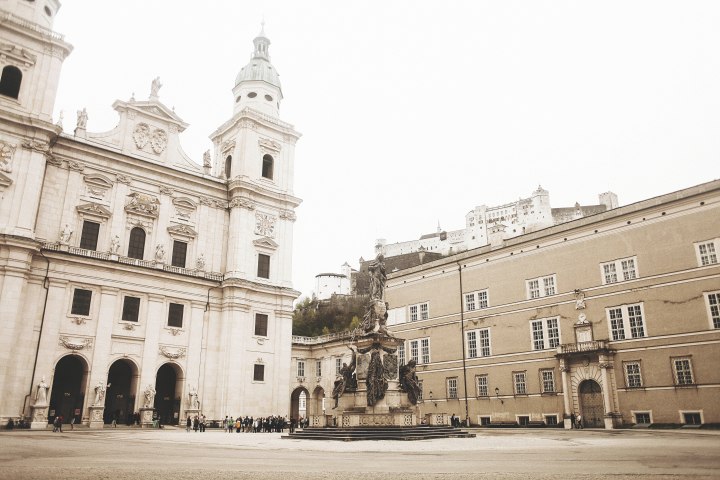 (As soon as we turned out of the DomQuartier, we came across this absolutely beautiful sculpture that stands outside the Salzburg Cathedral. We spent a good half hour here, also spending time to look up at the ever-present Fortress before heading into the Cathedral itself. I only took a quick snap here.)

(Before heading to the Fortress, we did a bit more sightseeing and getting a general layout of the city. We visited Mozartplatz and saw the statue of him but of course it was hard to get too close as there was a lot of tourists and selfie sticks.) 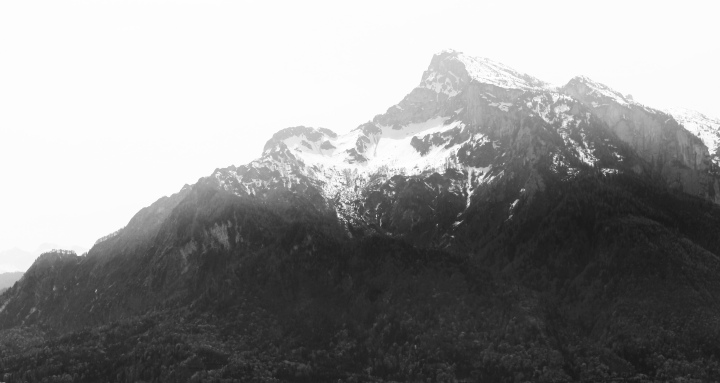 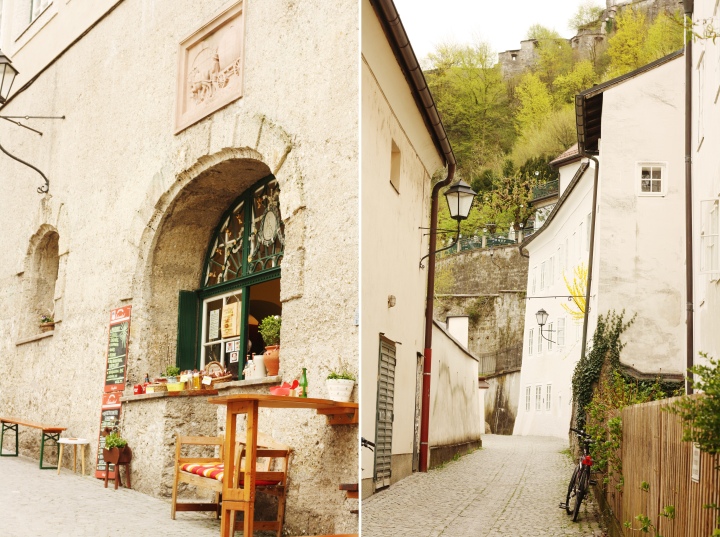 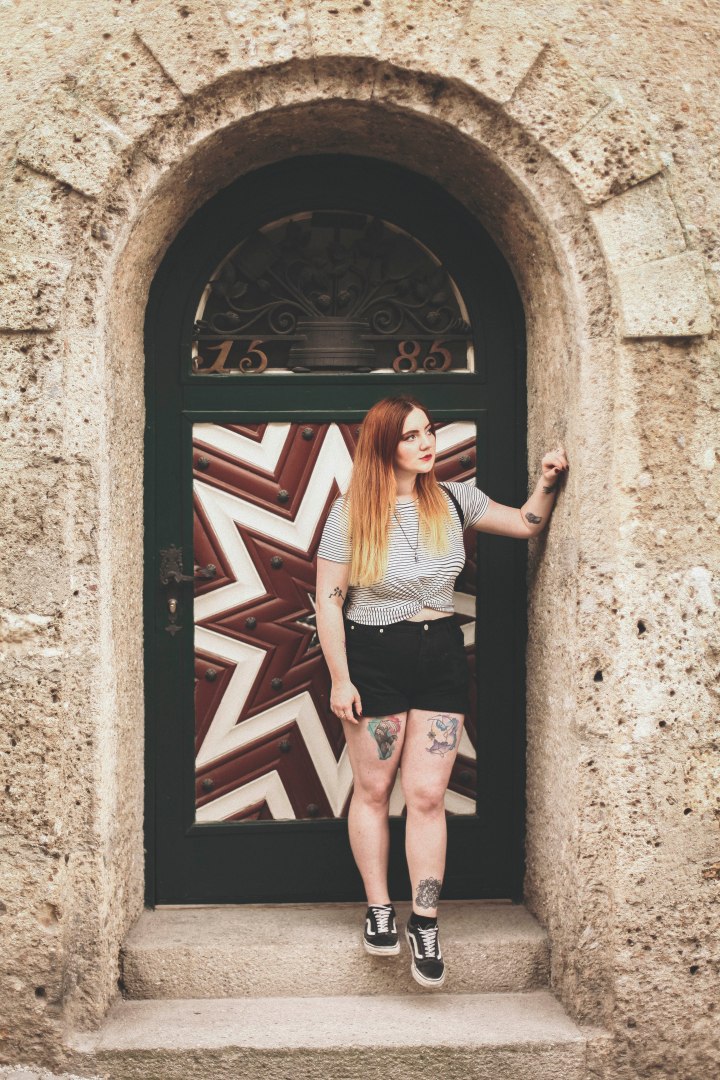 (Of course, Fortress Hohensalzburg was as magical as you’d imagine it to be. We spent a lot of the day walking around the grounds (despite the heat.) There weren’t as many tourists as we thought there would be and there were plenty of spaces where you could stand and marvel over the views of the Austrian Alps. We also stopped at the Fortress’ restaurant and bought some ice-cream which was delicious and the waiter’s were super kind and dressed in Austrian garb! Although we took the railcar up, we walked back down and enjoyed even more views over the city and strolled through some hidden side streets.)

(To get from our hotel to the main town, we had to cross the famous Salzburg Lock Bridge overlooking the beautiful river framed on either side by beautiful and colourful buildings. I think this trend originated in Paris but this one was just as impressive. We spent time strolling across the bridge each day reading some of the messages left on the padlocks – some very cute and some dating back many years before. We didn’t leave our own but saw one that we thought hilariously looked like versions of our names – Becky & Angharad.) 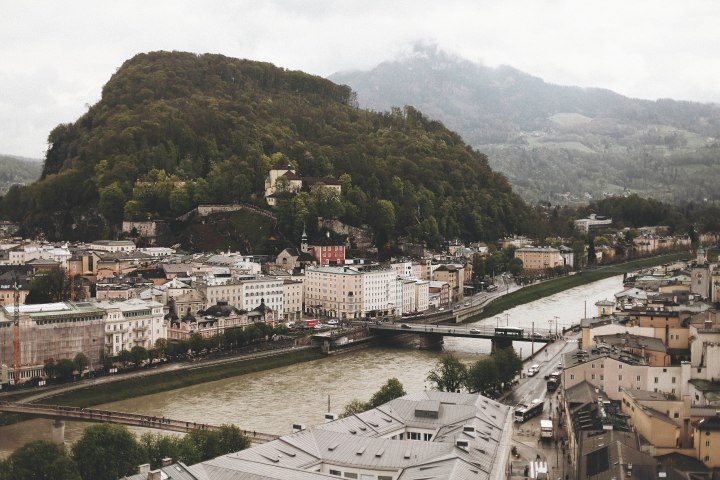 (We then walked up to Museum der Moderne Salzburg as we heard the panoramic views were to die for and the rumours were true. We didn’t have enough time to explore the museum itself so we just spent time on the terrace and luckily, there were only two other people there. We even managed to set up Becky’s camera and take a photo of us together.)

(Our last trip in Salzburg was the Haus Der Natur that fulfilled all my nerdy desires. This museum/zoo/aquarium is full to the brim with everything to do with science/humanity/sex education/animals/sea-life and so on. There are even interactive displays so I was running around everywhere so didn’t manage to take too many photos. I would say this place is must-see in Salzburg and between floors (there are around 6!!) you can stop in the restaurant to fill up on whatever your heart desires – we had apple strudel and waffles!)

So that is it for our trip to Salzburg and it’s definitely a place I’d like to visit again as I feel like there are so many places left to explore. The people are lovely and accommodating to us tourists (it always amazes me how quickly they switch to speaking English) and the city is just beautiful. Although some restaurants were expensive, we still managed to find some gems and if not, there was a McDonalds next to our hotel so win win! Stay tuned to see our travel diary for Vienna and as always, we hope you enjoy this post!
Lots of Love,