So we have done a post featuring books on feminist fiction that Becky and I actually put together when we were last together so now I thought I’d post an updated list, so to speak. These are all books, mostly non-fiction that were written by some amazing, diverse women so hopefully you find something you want to pick up this month!

Essentially a children’s picture book, this non-fiction book tells the story of forty different black women in American history and how they broke boundaries and inspired change. Featuring some well-known people but focussing more on the lesser-known, Vashti Harrison gives these forgotten but inspirational women a voice. Released December 5th. 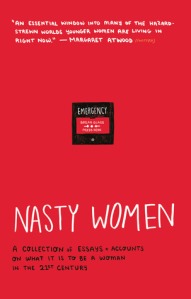 A collection of essays, interviews and accounts on what it is like to be a woman in the 21st century. Everything from people, politics, pressure and punk and most frighteningly, living in Trump’s America – women share their experiences on sexual assault, racism, pregnancy, contraception and everything in between.

A sci-fi, dystopian novel that is based on a world in which women can inflict pain with a flick of their fingers. What would happen if the tables were turned? Would women use this power for good or evil? Based on the lives of four women, this thriller explores how their world changes with this newfound power and gender rolls being flipped on their head. Also delving into complicated discussions such as systemic oppression, power, rape culture, gender, and religion. 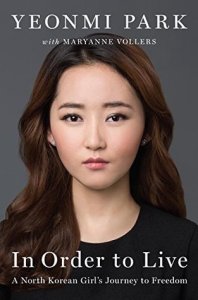 In Order to Live: A North Korea Girl’s Journey to Freedom
by Yeonmi Park

Written by human rights activist, Yeonmi, her memoir tells the story of her escape from North Korea with her mother in 2007 at the age of thirteen. After two years, she arrived in South Korea and set on becoming ‘free’ but in order to do so, she had to face her past of being sold into slave marriages, finding her missing sister and bringing publicity to the horrors of her former home. This is her survival story. 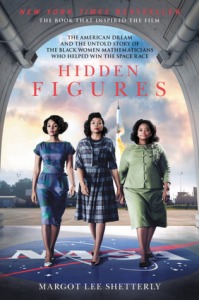 Now a movie but originally a novel, this book tells the story of a group of female mathematicians known as the ‘human computers’ who by providing and calculating the right science and numbers, made astronauts able to enter space. These are the women who were forgotten when Neil Armstrong was made a hero. These African-American women were the brightest minds of their generation and this is their untold story. 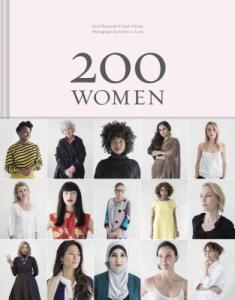 200 Women: Who Will Change The Way You See the World
by Ruth Hobday

Two hundred everyday women are asked a series of questions in this non-fiction biography. All from different backgrounds, races, sexualities and gender identities, these women answer questions such as ‘what really matters to you?’ and ‘what would you change in the world if you could?’ Each interview is accompanied by a portrait of these inspirational women – human right activists, actors and advocates and the people behind the scenes.

Why God is a Woman
by Nin Andrews

A collection of poetry written about a magical island where women rule (think Themyscira) and men are the lesser sex. It also tells the story of a young boy who after being exiled for not agreeing with their sexist laws, looks back with nostalgia for the place he called home.

A sci-fi novel set in an America where abortion is once again illegal and IVF is banned. In a small town in Oregon, five very different women learn to live in a world with these restrictions surrounding motherhood, identity and freedom. One of the women, Gin, brings these women together when she is arrested and put on trial on a modern-day witch hunt.

So that’s our featured books and hopefully you’ll find something you like or maybe a gift for this Christmas.
Lots of Love,
Angharad @

5 thoughts on “Books By Women for Women”