Diversity Spotlight Thursday is a weekly post hosted by Bookshelves and Paperbacks. Each week, you feature a diverse book you have read and enjoyed, a diverse book on your TBR and a diverse book that has not yet been released.
Because ‘diverse’ covers many different topics, we’ve decided to focus on one aspect each week and this week we are featuring books with a bisexual main character.

How to Make a Wish by Ashley Herring Blake
Goodreads | Amazon 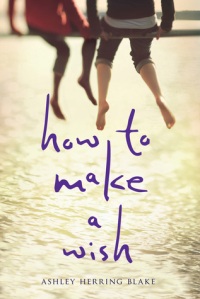 All seventeen year-old Grace Glasser wants is her own life. A normal life in which she sleeps in the same bed for longer than three months and doesn’t have to scrounge for spare change to make sure the electric bill is paid. Emotionally trapped by her unreliable mother, Maggie, and the tiny cape on which she lives, she focuses on her best friend, her upcoming audition for a top music school in New York, and surviving Maggie’s latest boyfriend—who happens to be Grace’s own ex-boyfriend’s father.
Her attempts to lay low until she graduates are disrupted when she meets Eva, a girl with her own share of ghosts she’s trying to outrun. Grief-stricken and lonely, Eva pulls Grace into midnight adventures and feelings Grace never planned on. When Eva tells Grace she likes girls, both of their worlds open up. But, united by loss, Eva also shares a connection with Maggie. As Grace’s mother spirals downward, both girls must figure out how to love and how to move on.

I read this book at the start of the year and it definitely impacted me. Grace is unapologetically herself and is an open bisexual character. The story doesn’t just manage to be about her sexuality, it also focuses on the love that develops between herself and Eva and her difficult relationship with her mother – not to mention living with her ex-boyfriend. A beautiful, summery contemporary read and very diverse.

Henry “Monty” Montague was born and bred to be a gentleman, but he was never one to be tamed. The finest boarding schools in England and the constant disapproval of his father haven’t been able to curb any of his roguish passions—not for gambling halls, late nights spent with a bottle of spirits, or waking up in the arms of women or men.
But as Monty embarks on his Grand Tour of Europe, his quest for a life filled with pleasure and vice is in danger of coming to an end. Not only does his father expect him to take over the family’s estate upon his return, but Monty is also nursing an impossible crush on his best friend and traveling companion, Percy.
Still it isn’t in Monty’s nature to give up. Even with his younger sister, Felicity, in tow, he vows to make this yearlong escapade one last hedonistic hurrah and flirt with Percy from Paris to Rome. But when one of Monty’s reckless decisions turns their trip abroad into a harrowing manhunt that spans across Europe, it calls into question everything he knows, including his relationship with the boy he adores.

I haven’t even got a valid excuse as to why I haven’t bought this book yet. I have had it on my TBR for the longest time and now that it has been released, the 5* reviews are coming in thick and fast. Of what I know, the main character, Monty, is bisexual. This book is supposed to be diverse, funny and a must-read. 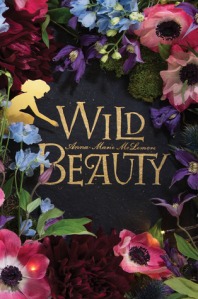 For nearly a century, the Nomeolvides women have tended the grounds of La Pradera, the lush estate gardens that enchant guests from around the world. They’ve also hidden a tragic legacy: if they fall in love too deeply, their lovers vanish. But then, after generations of vanishings, a strange boy appears in the gardens.
The boy is a mystery to Estrella, the Nomeolvides girl who finds him, and to her family, but he’s even more a mystery to himself; he knows nothing more about who he is or where he came from than his first name. As Estrella tries to help Fel piece together his unknown past, La Pradera leads them to secrets as dangerous as they are magical in this stunning exploration of love, loss, and family.

The book features houses filled with huge families, and more importantly, queer women. Our main character, Estrella, her cousins and some of their mum’s and grandmother’s are bisexual and this is stated. Yes, this is a YA novel that features older women actually having a sexuality! I also believe there is a genderqueer character although I am not 100% certain (please correct me if I’m wrong.) This book will be released on October 3rd.