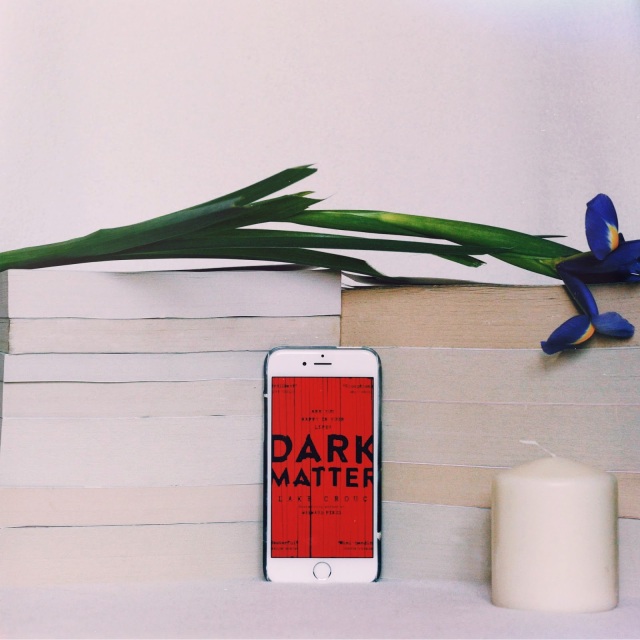 (Thank you to Netgalley for providing me with a digital copy of this book.)
“If there are infinite worlds, how do I find the one that is uniquely, specifically mine?”
My main thought after reading this book is that nothing is real. It creeped me out extremely but not because it’s a horror but because it gives off such a desolate feel, you feel as desperate as the main character, as scared as him, as alone as him. This book made me feel tiny, it made my head explode and I’m still recovering. Yes, it is based around science and therefore there are quite a few scientific monologues but they are short and to the point so even someone with a very average scientific mind, such as myself, found it very easy to follow.
Dark Matter is a sci-fi novel following Jason Dessen, an ordinary college physics professor. He’s happily married to his wife, Daniela and they have a teenage son, Charlie. Everything is perfectly normal until one night he is kidnapped, drugged and wakes up strapped to a gurney with people smiling down at him – people who call him ‘friend.’ He has no idea where he is or who these people are but in this universe he is a famous scientist who has achieved the impossible. This book deals with the idea of multiple universes – that every choice we make makes a fork in the road, where another version of us exists that made that choice. Our universe is just one of many, we are just one of many.
In terms of characters, Jason was a real breath of fresh air for me. It’s rare that I read a book with a male protagonist I actually enjoy. I felt his every emotion, I felt his despair – everything felt as real to me as it did to him. His love for his wife and son allows him to find them, even when it should be impossible: they are his driving force. He doesn’t want the world in which he’s a scientific genius, he wants the world where he’s happy with his family. My main problem, and the reason I didn’t give this book the full five stars, is Daniela. Not because I didn’t like her but because there wasn’t enough of her and at one point, I felt as though her character was mistreated to the point Jason makes her sound like a prize in a raffle. I wish she had more of a role other than just to exist in multiple universes for Jason.
The writing was very simple but as a whole, this novel read like a movie. Not surprising seeing as Blake Crouch is a screenwriter. If this was ever put on the big screen, everybody would leave the cinema with exploded brains. It would be amazing. The book was very fast-paced and although the chapters were relatively long, it is addictive enough to speed through. This is the one word I would sum up Dark Matter – addictive. Every time I attempted to put it down, I immediately picked it back up again. Just as you start to think you know what’s happening, you get hit around the face again.
I have always semi believed in the idea of multiple or parallel universes and this book just made it all the more interesting. In this vast universe, how can we be the only ones? What happens when we make a life-changing choice? How much would our paths have changed? This book does not have a ‘satisfactory’ ending, it is left very open, especially when it comes to some characters. To some, they may want answers, but isn’t that the point of this book? There is no ending, this universe is infinite, nothing is ever tied up into a little bow. I think this is the type of book that couldn’t have ended any differently than it did.
Overall, I truly loved this book. It is like nothing I’ve ever read before and I’d recommend it to anyone, not just the scientifically minded. It will blow your mind, confuse you, excite you and hook you. It will make you question your entire existence so, you know, nothing big.
Love,