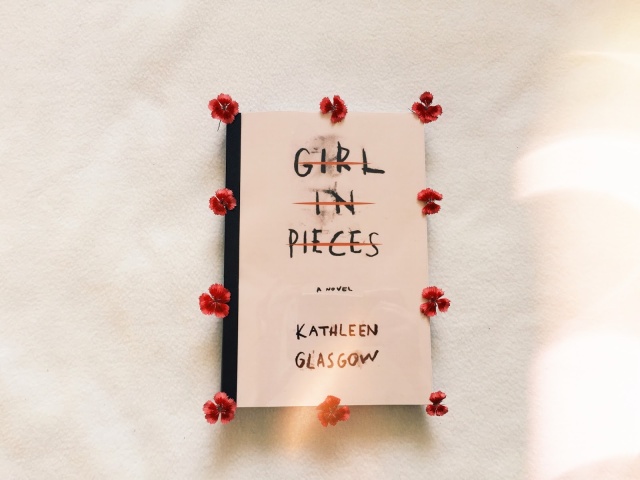 We were kindly sent an ARC by Delacorte Press in exchange for an honest review.
Girl in Pieces tells the story of seventeen-year-old Charlie, a girl who is no stranger to pain and loss. In order to cope, she self-harms to the point that we meet her at a rehabilitation centre where she is on her way to recovering. She shares her experience with a bunch of other, complex females and it all seems to be on the right track until Charlie is told that she is being released. Faced with the reality of living on the outside again, she must find her way alone but is she ready to let people back in?
The first thing that struck me about this book is its format. The author breaks the first few pages of the book into ‘pieces’ which I found genius. At the start of the novel, Charlie is metaphorically in pieces and the writing reminds us of this. As the story continues, the chapters get longer as Charlie has more to say. When she is in a bad way, the writing gets choppy again, it is quite literally linked to Charlie’s state of mind. As for the writing itself, it reads like a poem, it flows together. There are lines so heartbreakingly beautiful that they will take your breath away.
This isn’t just a story about self-harm – the author focuses on addiction, abuse, homelessness etc. Every character in her book has a story and none of them are ever made to feel unimportant, they all have a voice. Charlie comes into contact with many different people during this book – the girls at the hospital, her colleagues at work and even the people who live in her apartment block. This isn’t just a story about Charlie, it’s a story of all the people she meets and how they affect her.
My heart ached for Charlie. I haven’t felt that much sympathy for a character in a long time. Every time she found solace in her art, I wanted to cheer for her and I love that her art style changed as she healed. She is a survivor, she endures and sometimes she gets knocked down, but she gets straight back up. She starts off not talking and yet as she found her voice, she began to find herself. She starts the journey to loving herself and not being ashamed of her scars, she lets people in and she pulls herself away from rock bottom. I’m proud of Charlie, I’m proud that I could get to know her.
Kathleen Glasgow isn’t afraid of delving into the dark world of mental illness. She doesn’t skirt over Charlie’s self-harm, Riley’s addiction or Linus’ alcoholism. Although these aren’t light-hearted subjects in themselves, she still manages to maintain a layer of hope throughout the novel. She makes you root for Charlie and the other characters, hoping that they can heal and keep going. Nothing is romanticised in this novel and I am so grateful for that. It is evidently clear that Kathleen Glasgow put her heart and soul into this book.
This novel reminds me that we need to extinguish the stigma that is attached to mental illness. It should not be a taboo subject and it’s heartbreaking that it is something that is so common and I include myself in that. Charlie is a young girl who lost her father and her best friend, has an abusive and distant mother, is almost the victim of sexual assault, experiences homelessness and hunger but keeps going. She survives it and although her journey to recovery is far from over, she shows that you can do it. You can pull yourself out of it and I think that is such an important message, especially to the younger generation. 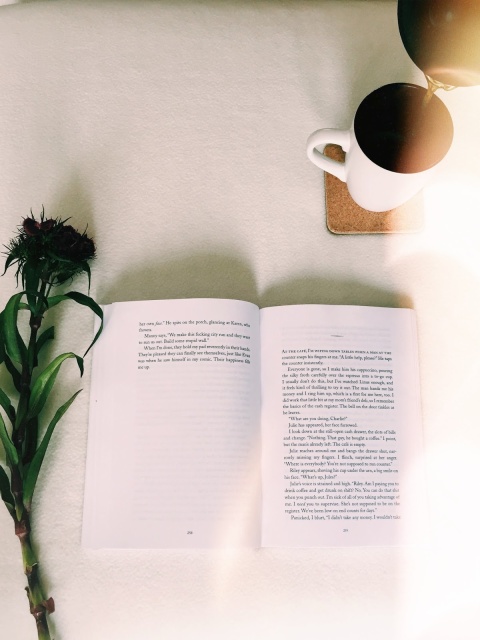 This book will be released on September 6th and keep tuned because we will be posting an interview with the author herself soon!