~~
“All I’m saying is there are rules.” Rachel’s face has gone chalky. Her voice is soft and quavers a little, as if she’s desperate to convince us of something. She stares into her plate, afraid to look at me. “You don’t get wasted. You don’t take off your top. You don’t flirt with raging drunks.” She leans in and grips the edge of the table, lowering her voice. “You don’t dress like a slut. You have to play by the rules. If you don’t, this is what happens.”
TW: RAPE 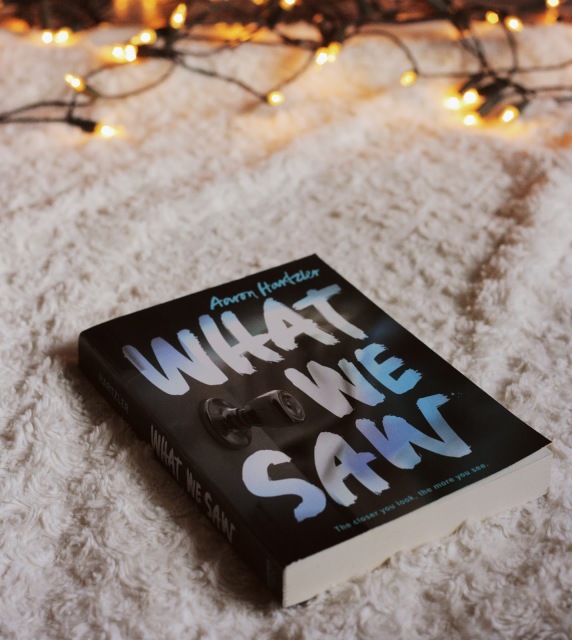 Angharad’s thoughts –
This novel was truly heartbreaking.
I feel like it wouldn’t be right to mark this as anything but five stars. It is a book that doesn’t make you focus on punctuation or grammar etc, but more the story itself.
This novel is based on a true story and we follow Kate Weston who after attending a party, wakes up with no memory of its events. However, four people from Kate’s school are arrested over charges of sexual assault and child pornography. What is heartbreaking is that the victim, Stacey, is not believed and pretty much the whole town rallies around to support the assaulters.
“Will be boys’ is what people say to excuse guys when they do something awful.”
So many times during reading this book, I wanted to scream and cry and tear my hair out. It deals with sexism, rape culture, slut-shaming, feminism and the vicious web of social media. Stacey became an outcast all because she was brave enough to speak out and because Kate dared to believe the victim, she too was cast aside by everyone she knew. This is happening every day in our world and as the author states at the start of the book, ‘And for every “Stacey” whose story was never told.’
It is an important read, an eye-opening read. It will make you angry and heartbroken but it will also make you realise how important this topic is.
“Not being able to say no isn’t the same as saying yes.”

Becky’s thoughts –
I’ve literally just finished reading this and I don’t know whether to cry or scream. I literally sat down and read the entire book in one sitting and under three hours, it was just that powerful.

What We Saw follows the story of Kate, who recently attended a party, left early, and over the next few days discovers that an old friend of hers who was also at the party has filed allegations of rape and assault against four boys from their school. Stacey, the victim, immediately has her claims dismissed by the entirety of the small town that the girls live in. Only Kate bothers to give her the benefit of the doubt and question what truly happened at the party.

Lindsey sits up and looks at me, her eyes are bright, but clear—quickened by the rage that fills her voice. “You heard Rachel’s ‘rules.’ If you learn what we learn here—that Dooney and all those guys are entitled to tell you if you’re pretty or not, that it’s up to you to make sure you don’t give boys a reason to hurt you? Then you don’t think it was a crime. You think what happened to Stacey was fair game. It was boys being boys. Just a trashy girl learning the hard way what can happen when she drinks too much and wears a short skirt.”

What’s truly heartbreaking about this book is that it’s based on a true story, and not only that, but reflects the stories of so many rape victims throughout history. Stacey is called all sorts of names intended to be derogatory, and no one will even bother to listen to her side of the story. It is such a relevant book in todays culture – besides dealing with issues of rape, assault and consent, it also looks at negative views of feminism and slut shaming. Stacey is called a whore and a slut after going to the police with her allegations, and when a feminist group threaten to post information on the case online, they’re immediately bombarded with derogatory comments relating to their views.

“Why does everybody say ‘feminist’ that way?”
“What way?”
“The way Dooney kept saying ‘herpes’ after health class last year. Like it’s this terrible, unspeakable thing.”

I just literally don’t know how to express how much this book has impacted me already. It definitely wasn’t the most brilliant book I’ve read in terms of writing style etc (although some of the literary techniques that the author used were brilliant – I especially loved the use of some modern lyrics that sounded rather disturbing when mixed with the subject matter being fitted in between pieces of dialogue) or even in the plot (as I found a lot of it to be quite predictable), but the content and issues it deals with are just so important that it still definitely deserves the 5 stars I’ve given it. What We Saw is definitely a must read. 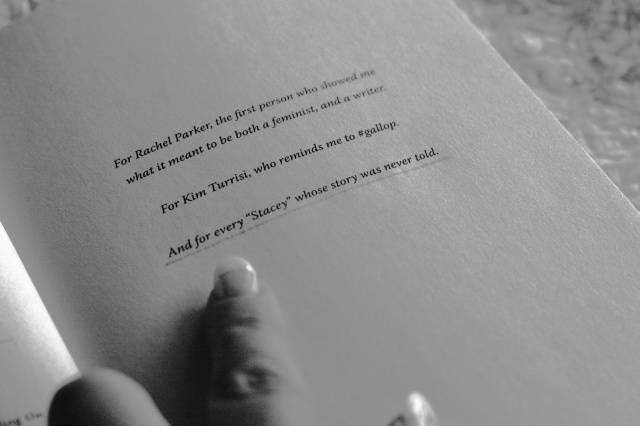